Equity
We believe in respect, diversity and being non-judgmental through our interactions with youth, their families, our partners and each other.

Self-Determination
We believe in creating the space for youth to identify their needs and desires. We support and encourage unique solutions for each youth we support.

Collaboration
We believe supporting youth takes the whole community to be involved. We value our partnerships that connect youth to life long supports and to their neighbourhoods and community.

Progressive
We believe in seeking out change to improve our work with youth and their families.

Youth are defining and achieving their success.

All youth we support see their potential and find success

The Inn of Windsor is licensed and funded for twelve beds in the Residential Program and 15 beds in the SALT Program under the Child and Family Services Act of the Province of Ontario, and is supervised by the Ministry of Children, Community and Social Services. Donations are greatly appreciated

History of The Inn of Windsor 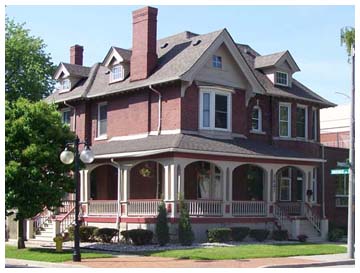 In 1961 a service group of women was formed to do street work with young women who were alone and in need of services. Six years later a steering committee from this work was formed to consider establishing a permanent home for young women age 16 years to 25 years who were experiencing difficulties in their life.

After much hard work on March 25, 1969, the first resident was admitted to The Inn of Windsor at 1687 Wyandotte East. Windsor. The Inn housed 12 young females ages 16 to 25 years of age. Over the years the age range was reduced to service females ages 13-17.

The Inn of Windsor has been in existence for over 50 years and is a Provincially funded Not for Profit Organization supported under the Ministry of Children, Community and Social Services. Today The Inn of Windsor provides two programs to meet the needs of adolescents and young adults ages 13 up to age 21 years.